Neutron stars are amongst the most fascinating and exotic objects in the Universe and I am interested in all manner of their phenomena.

My research however, focuses on neutron stars as radio pulsars. I am involved in a number of projects ranging from high-precision pulsar timing to prototype software development for next-generation radio telescopes. 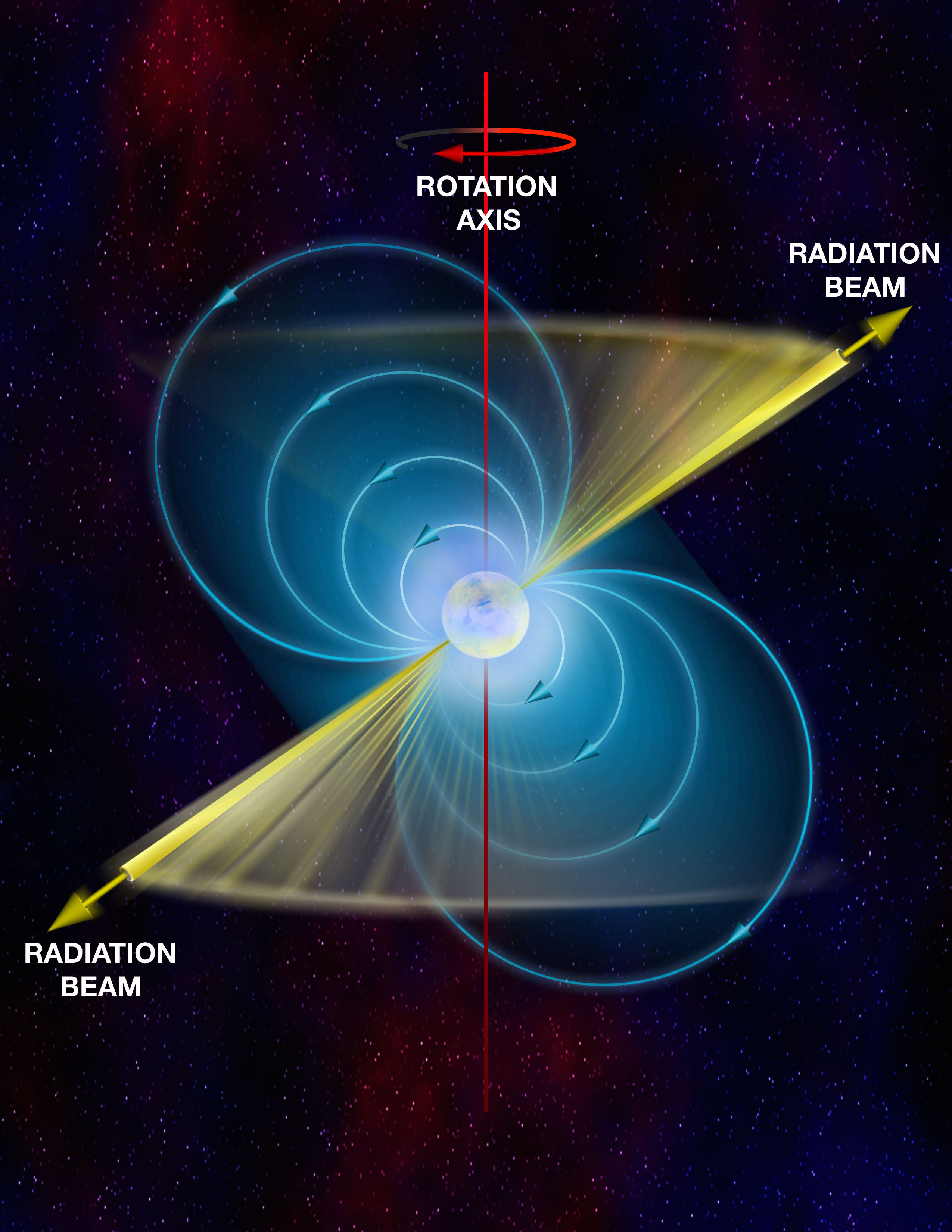 I work with the European Space Agency on the Galileo GNSS mission. We are generating an Earth-independent timescale using data from 18 millisecond radio pulsars observed with the European Pulsar Timing Array (EPTA) as part of a wider effort to detect low frequency gravitational waves from supermassive black-hole binaries. My role is to prepare monthly datasets from the EPTA in order to generate Ensemble Pulsar Time (EPT) . This timescale is then used to steer a physical hydrogen maser clock located at ESA’s ESTEC facility . As part of my role I have developed a software pipeline to collect data from EPTA telescopes, compute the EPT clock signal and continuously monitor data quality.

I am also a member of the Square Kilometre Array (SKA) Science Data Processing team where I am developing and testing the pulsar searching sub-element as well as developing prototype algorithms for the real-time monitoring of pulsar timing data. I’m particularly interested in the early detection of pulsar glitches for which I am implementing machine learning techniques that can alert astronomers to such events and automatically trigger follow-up observations. These techniques are currently being tested in the Jodrell Bank pulsar timing pipeline.

In neutron star science I am primarily interested in the variability of pulsars. In particular, timing and emission variations mediated by changes to the dynamic interiors and magnetic fields of pulsars. To date I have discovered and/or measured ~50 pulsar glitches including the largest ever glitch in the Crab pulsar. I currently supervise one MPhys student who is investigating pulsar glitch recovery.

I completed my Masters degree in Astrophysics at the University of York. My research there focused on the nuclear physics of accreting neutron stars. These are binary systems in which a neutron star strips material from the envelope of a close evolved companion star. Under the high temperature and pressure conditions of a neutron star surface the material undergoes nuclear burning, getting hotter and hotter, until it explodes as a Type I X-ray burst.

During these bursts, unstable proton rich nuclear species are formed in the rapid proton capture (rp- ) process. These decay on a range of timescales towards more stable species. Some species take a relatively long time to decay (e.g., Germanium-64, Selenium-68, Krypton-72) and so the abundances of these nuclei temporarily spike after a burst. These are known as waiting points and their decay rates are not well constrained. We investigated how sensitive the burst output is to the uncertainties in these decay rates and to the composition of the ashes from the previous burst.

I worked as part of the NuGrid collaboration under the supervision of Dr Alison Laird.